Come and see the City of Bones!


In celebration of the release of The Mortal Instruments: The City of Bones we here, at the Golden Treasury have in stock the mortal instruments series! Come in and enjoy this wonderful fantasy world. 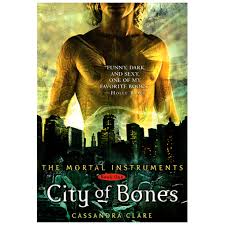 City of Bones series each retailing at just 7.99!

Posted by The Golden Treasury at 4:11 pm

In the shop at the moment we have a range of Galt activity packs.

The perfect  thing for entertaining the little ones on a long summer holiday afternoon. Pop in and have a look! 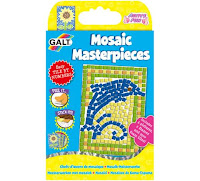 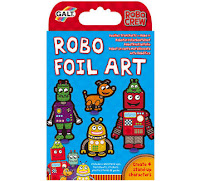 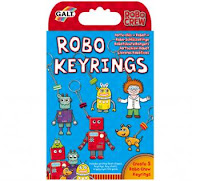 Posted by The Golden Treasury at 3:28 pm

3 for 2 on Teenage Fiction!

This month we have on offer 3 for 2 on all on teenage fiction. This is a perfect opportunity for our future adult bookworms to experience some amazing stories and a great way to pass the time while on holiday! We currently have in stock Patrick Ness' amazing Chaos Walking series.

The Knife of Never Letting Go is the first in the series and is the winner Of the Guardian Award 2008 and the Booktrust Teenage Prize 2008. Although being published in 2008 this remarkable book has only recently become more popular and adult versions of the story were released this year.

The protagonist is 13 year old Todd who lives in New Prentisstown. He is the last boy in an all male town and lives in the last town in an all male world. Or so he thinks. Only a month away from his 14th birthday, the birthday that will make him a man he begins to question what he beleives to be true. The thing about New Prentisstown; everyone can hear everyone elses thoughts. A mysterious disease has allowed both animals and humans to project their thoughts and the noise of New Prentisstown is overwhelming Todd, so when he stumbles across a rare patch of silence he is determined to hold onto it, no matter the cost.

Fast paced, exhilerating and moving The Knife of Never Letting Go takes dystopia to a whole new level. With the sympathetic and innocent voice of Todd to guide us we are introduced to all manner of characters, good and bad, and we follow Todd hand in hand as he grows up in a world filled with hate. 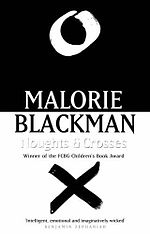 Malorie Blackman's Noughts and Crosses has always been a favourite but in light of the recent release of Noble Conflict and the annoucement of her role as the Childrens Laureate we thought, why not reveiw a classic?

The book centers around two protagonists, Sephy a young girl whose father Kamal Hadley is Prime Minister who leads the life of a rich, sheltered Cross. And Callum, a Nought whose mother used to work for Sephy's family and their  struggle in a world controlled by Crosses. The book centers on the protagonists' friendship as they continue to love one another whilst everyone tries to tear them apart.

Beautiful, touching and a sensitive way of addressing racism, Noughts and Crosses continues to be a startling piece of fiction and the story and characters will stick in your mind for many years to come. 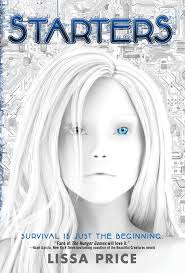 Lissa Price's Starters is a book for all you Hunger Games fans and the sequel "Enders" is due to be released in January 2014. Callie lost her parents when the Spore Wars wiped out everyone between the ages of twenty and sixty. She and her little brother, Tyler, go on the run, living as squatters with their friend Michael and fighting off renegades. Callie's only hope is Prime Destinations, a disturbing place in Beverly Hills run by a mysterious figure known as the Old Man.

He hires teens to rent their bodies to Enders—seniors who want to be young again. Callie, desperate for the money that will keep her, Tyler, and Michael alive, agrees to be a donor. But the neurochip they place in Callie's head malfunctions and she wakes up in the life of her renter, living in her mansion, driving her cars, and going out with a senator's grandson. But all is not what it seems.

So there you have it, three great books for all you avid readers. Pop in and see our other amazing teenage books, all 3 for 2, especially for you.

Keep reading and enjoy the sun.
The Golden Treasury.

Special storytime with Karen George on the 26th June

We are very excited to have award winning illustrator Karen George coming into The Golden Treasury for a very special storytime to launch her new book 'Wake Up Do, Lydia Lou!'. This is Karen's brand new book with children's master storyteller Julia Donaldson, following on from their hugely successful first book together 'Freddie and the Fairy'.

Join us on Wednesday 26th June at 4pm to hear Karen reading her brand new book and also 'Freddie and the Fairy' and watch as she brings the stories to life with her illustrations! Karen will be signing copies of her books at the end. Booking your place is essential as space is limited. If you are unable to attend but would like a signed copy, please do not hesitate to contact the shop.
.

This book tells the story of how a little ghost tries to give Lydia Lou a scare ...but he can't even wake her up. So he fetches his noisy animal friends to help: Mew! Moo! Too-whit too-whoo! Wake up do, Lydia Lou! Will anything ever wake her? A gentle and playful bedtime read from the author of THE GRUFFALO, full of fun sounds which children will love to join in with time and time again.

Special thanks to Sally Oliphant at Macmillan for helping to set this up.
Posted by The Golden Treasury at 4:05 pm

Thank you to all our entrants in our cats and dogs drawing competition. We loved seeing all the wonderful portraits of family pets and puppies some were wishing for! Award winning illustrator and author Emily Gravett kindly agreed to judge all the drawings we received and picked some worthy winners and runners-up. So, here comes the drumroll...(and some photos!)

Winners for the cats:

A big, big, thank you to Emily Gravett and also Catherine Alport at Macmillan for supporting the competition. Our customers throughly enjoyed the rival windows!

Posted by The Golden Treasury at 3:15 pm

We love cats and dogs drawing competition. To be judged by Emily Gravett!

We love cats and dogs here at The Golden Treasury and we're sure you do too! Our new window displays celebrate all that is great about all the meows and woofs in the world.

So, we are calling on the huge creative talent we have here in Southfields, to get scribbling, painting, doodling, sticking, colouring, as part of a competition to contribute to our window displays with a picture of a cat or dog. This is a competition, so of course we need to judge and we are beyong excited to say that author and illustrator Emily Gravett will be coming along to The Golden Treasury to pick the best! 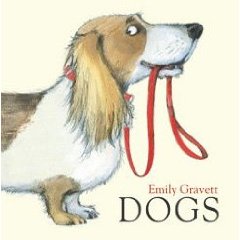 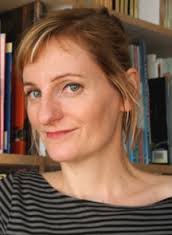 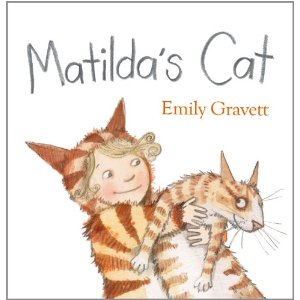 Emily is no stranger to the subject of our furry friends. She has written and illustrated Dogs, a celebration of all the wonderful characteristics that make up man's best friend and also Matilda's Cat, a story of the sweet friendship between Matilda and her cat.

There are some brilliant prizes to be had, so drop in to pick-up an entry form and get creative!!!! Pop into the shop if you have any questions. Closing date is Friday 31st May. Thanks to Catherine at Macmillan for the great support too!

Posted by The Golden Treasury at 11:49 am

A visit from Jackie Morris

This week, we were very lucky to have a visit from the incredibly talented author and artist Jackie Morris. You will know Jackie's artwork from her many beautiful books including The Snow Leopard, Tell Me a Dragon and most recently, East of the Sun, West of the Moon.

Jackie spent her time at The GT signing copies of some of her books, as well as enjoying a browse around the shop. She was particularly enamoured with Jon Klassen's new book This is Not My Hat (as are we) and it was great to have the chance to discuss different books and styles of illustration with such an expert!

We hope Jackie will come back at some point for a more public event and to meet some of our lovely customers, so we will keep you posted on that.  In the meantime, we still have some signed copies in stock, so do come and have a look, they're all gorgeous.


Thanks for coming Jackie, we hope to see you again soon!

Posted by The Golden Treasury at 1:04 pm 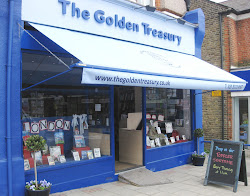 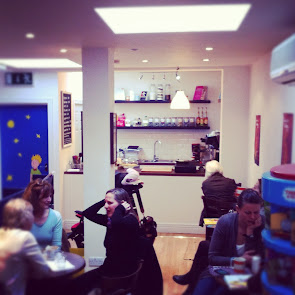 Come along and sample some Monmouth coffee, Teapigs tea, lovely cake and lots more in our welcoming new space.

We are pleased to be stocking some carefully picked delicious sweet and savoury snacks this spring, to compliment our range of biscuits and Bear Yo-Yos!

For the little ones we have the yummy Ella's Kitchen, popcorn the right way with Propercorn, healthy pumkin and beetroot snack bars from our local friends Rude Health and an indulgent treat we have the lovely Montezuma's chocolate!